A Musical Reimagining of Treasure Island
Music & Lyrics: Graham Russell (Air Supply) and Katie McGhie; Book: Melissa Bell
Produced by Theatre East; Directed by Lisa Devine at Stage 43 (The Mint)
June 11-27, 2015
http://theatreeast.org/production/devil-and-the-deep/
Synopsis: Set in the mid-18th Century we follow young Jim Hawkins from poverty-stricken Bristol, England, all the way to Caribbean Islands as he embarks on a journey that will change his life forever. A boy that dreamed of adventure upon sea will be faced with grave choices, betrayal and lurking danger that will, in turn, teach him the true meaning of Treasure
Left: Ethan Gabriel Riordan and Courtney Shaw
​Photos by James M. Wilson
“Book writer Melissa Bell…is literate and very good with words; Bell did an excellent job in distilling and compacting a complex story.” --Theaterpizzazz.com 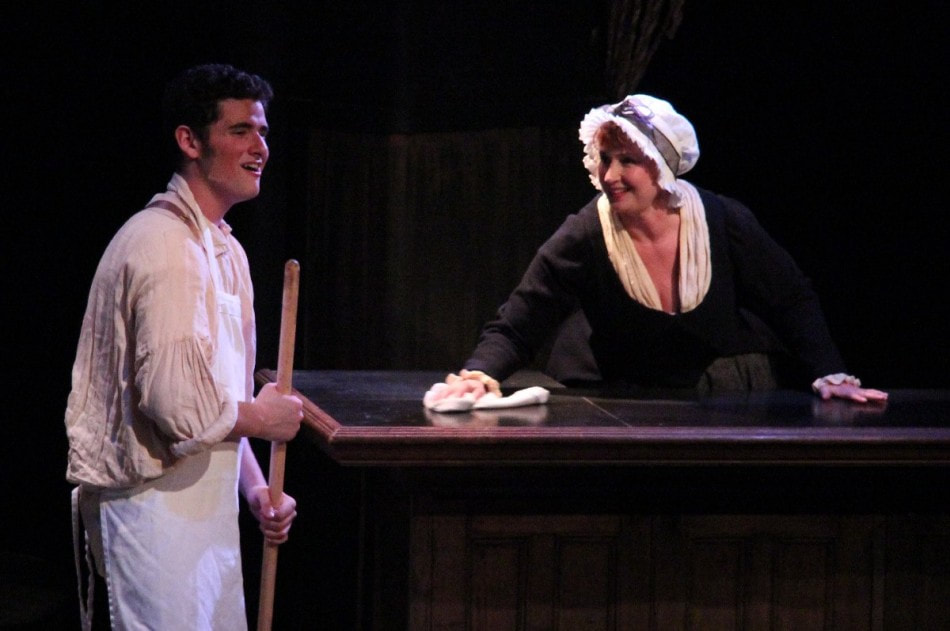 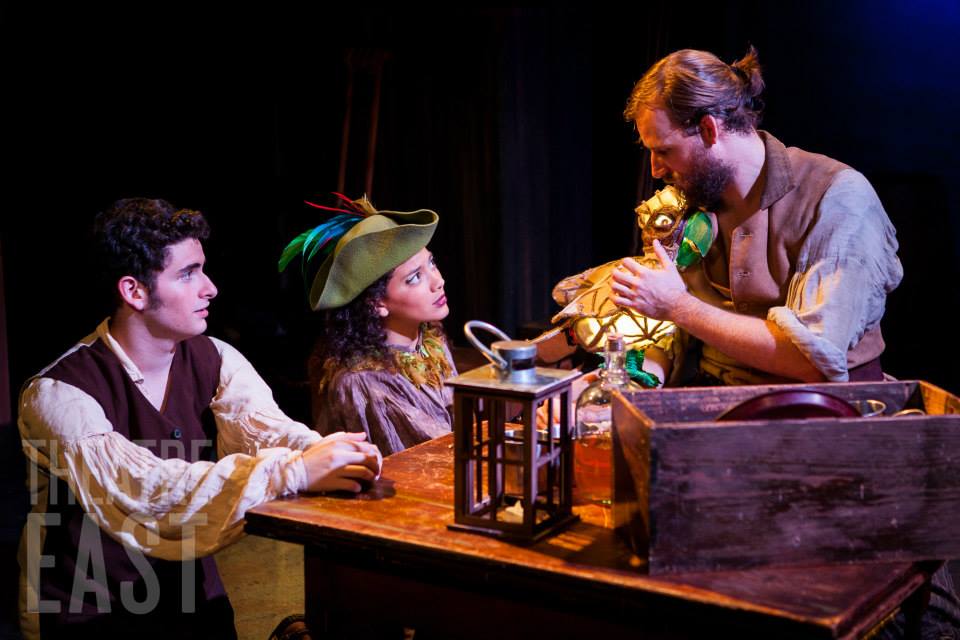 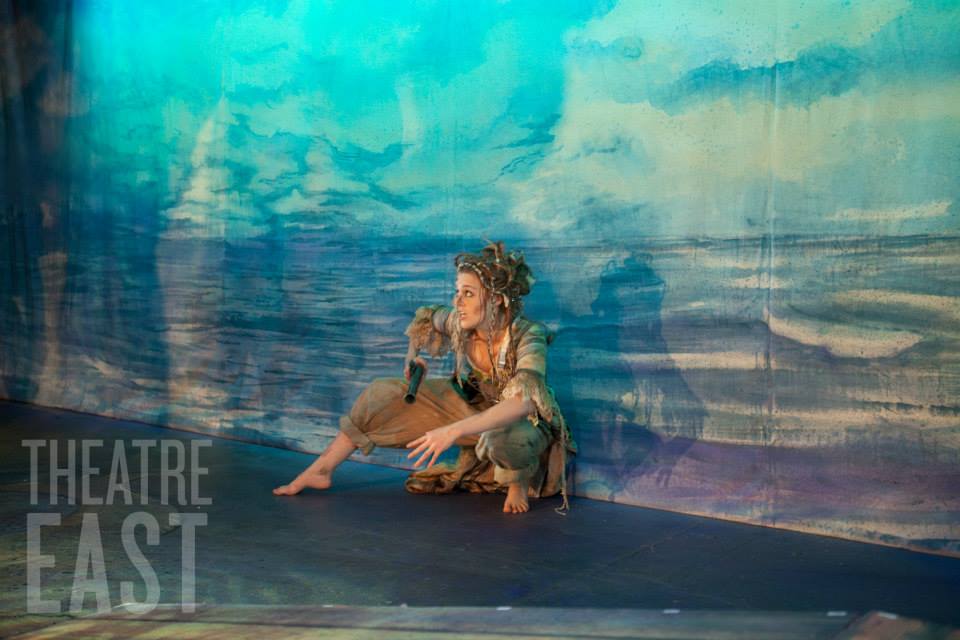 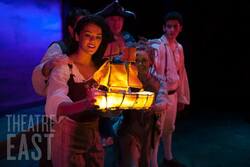 Kalyn West hold a puppet by Evolve Puppets, surrounded by Kyre Tosevski, Bill Newall, Courtney Shaw and Ethan Gabriel Riordan
"Daunting, exciting, and ambitious … In many ways, Devil and the Deep is quite innovative in its exploration of the classic text. there are many moments which are marvelous in their ingenuity." --TheaterScene.net 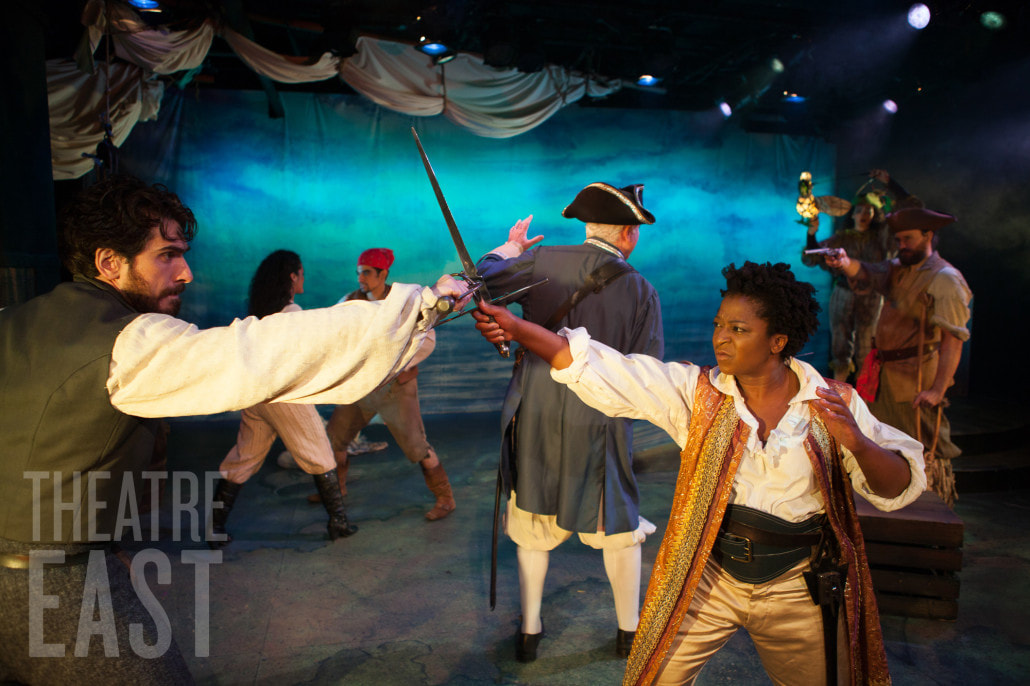 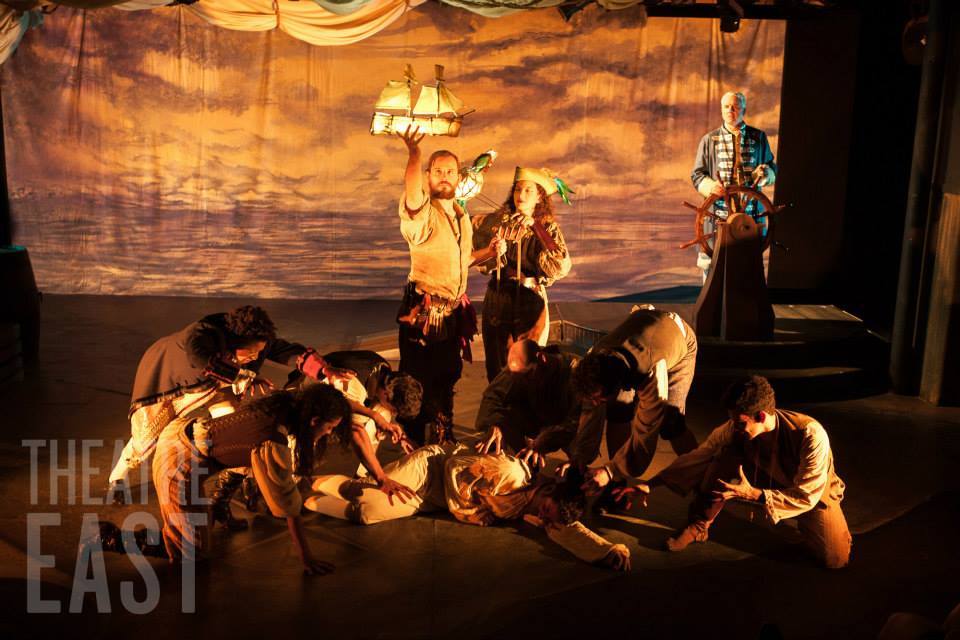 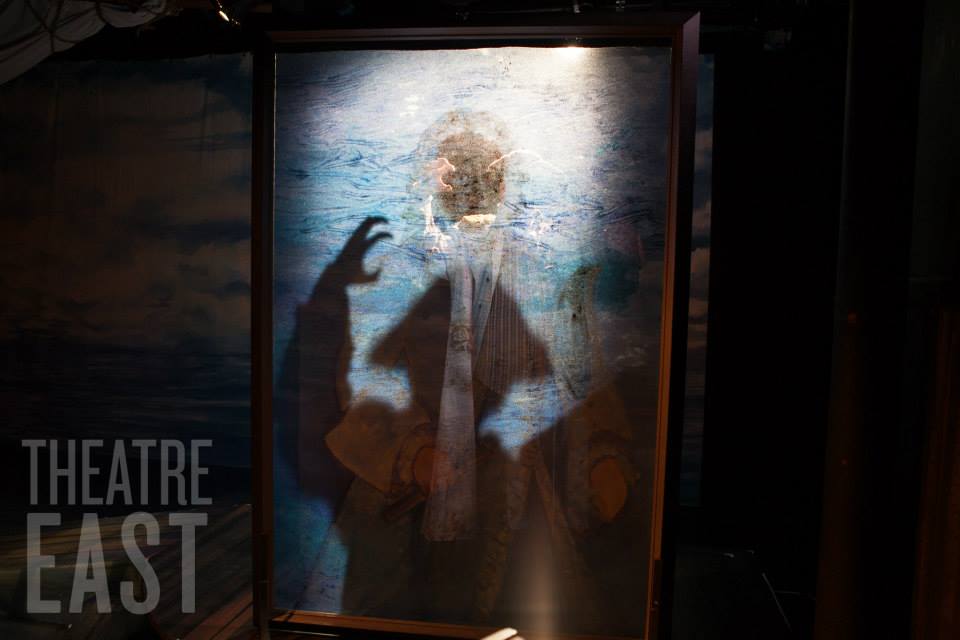 Billy Bones at the door of the Inn. 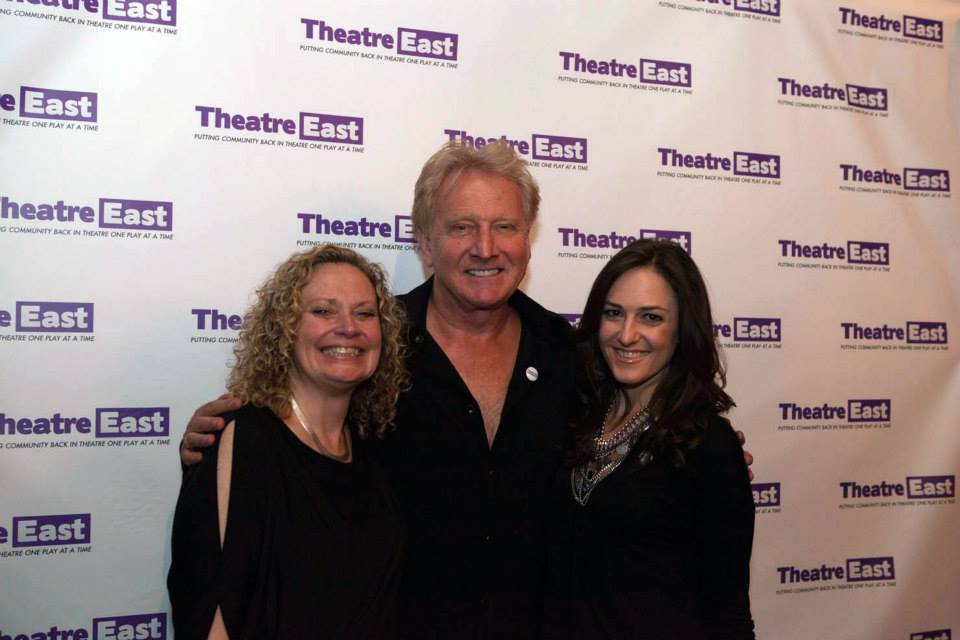 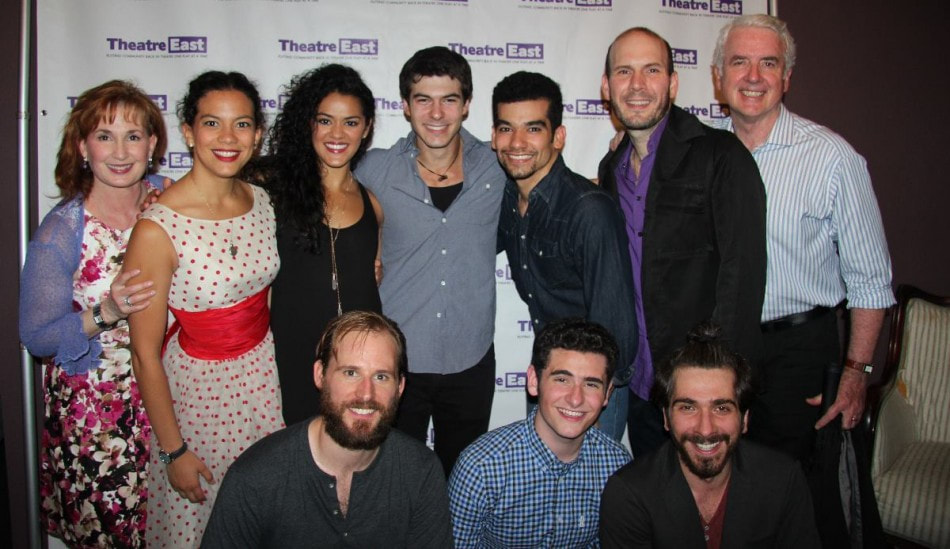 Back: Raissa Katona Bennet, Skyler Volpe, Kalyn West, Nick Ritacco, Juan Luis Espinal, Kyle Minshew, Bill Newall. Front: Eric Coles, Ethan Gabriel Riordan, Kyre Tosevski
More Reviews:
A shining example is the character Cap’n Flint (Skyler Volpe), a talking parrot brought to life through the use of a puppet. With a gorgeous and life-like puppet at her disposal—designed by puppet masters Tanya Khordoc & Barry Weil, Volpe jaunts across the stage humorously, and is the catalyst for many moments of joy and laughter in the production. As self-aware in context as possible, the opener of Act 2, “Parrot Talk,” is hilarious and entertaining, and helps to remind the audience that this is an evening in which fun is meant to be had.

The lighting design (Jessica M. Kasprisin) is particularly beautiful, and is so unique in that it breathes a singular life into each separate exotic location.  The finishing touch in the quest for an unmistakable mysticism and adventurous spirit can be traced to the costume design (Adrienne Carlile) which sees every single pirate, sailor, parrot or person uniquely dressed.

...retelling of a world-famous story through a completely original lens, which pays homage to the source material in a way that is imaginative, inspiring and keen to the childhood spirit so oft forgot.   --Theaterscene.net
From <http://www.theaterscene.net/musicals/devil-and-the-deep/ryan-mikita/>

"One really delightful aspect of the play is the large, colorful parrot that sits on Silver’s shoulder and flies about the stage, all the time held by actress Volpe. After fifteen minutes or so, you don’t realize she is holding it and see the parrot as an independent character (as in the horses in War Horse). It is a nice trick."
HistoryNewsNetwork.org