A dark comedy about depression, backyard "art" and one errant pooch 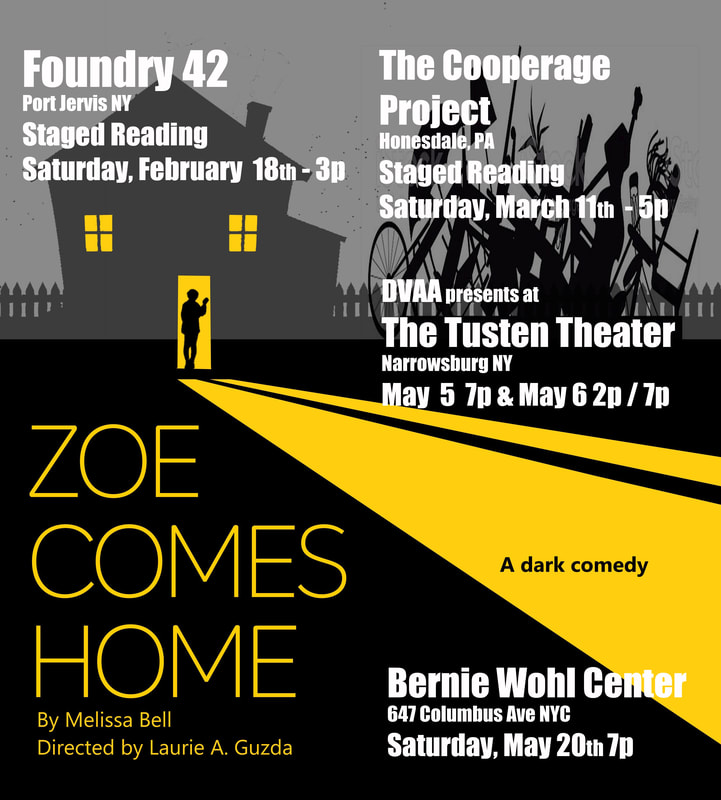 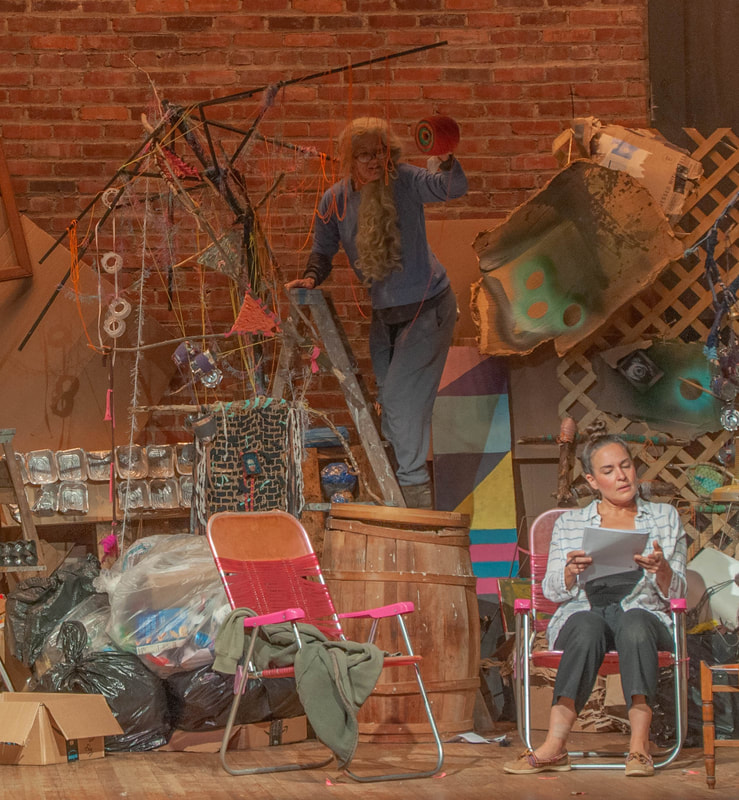 Susan Mendoza and Jess Beveridge
A four-hander, mother-daughter story, with a set literally made from garbage! 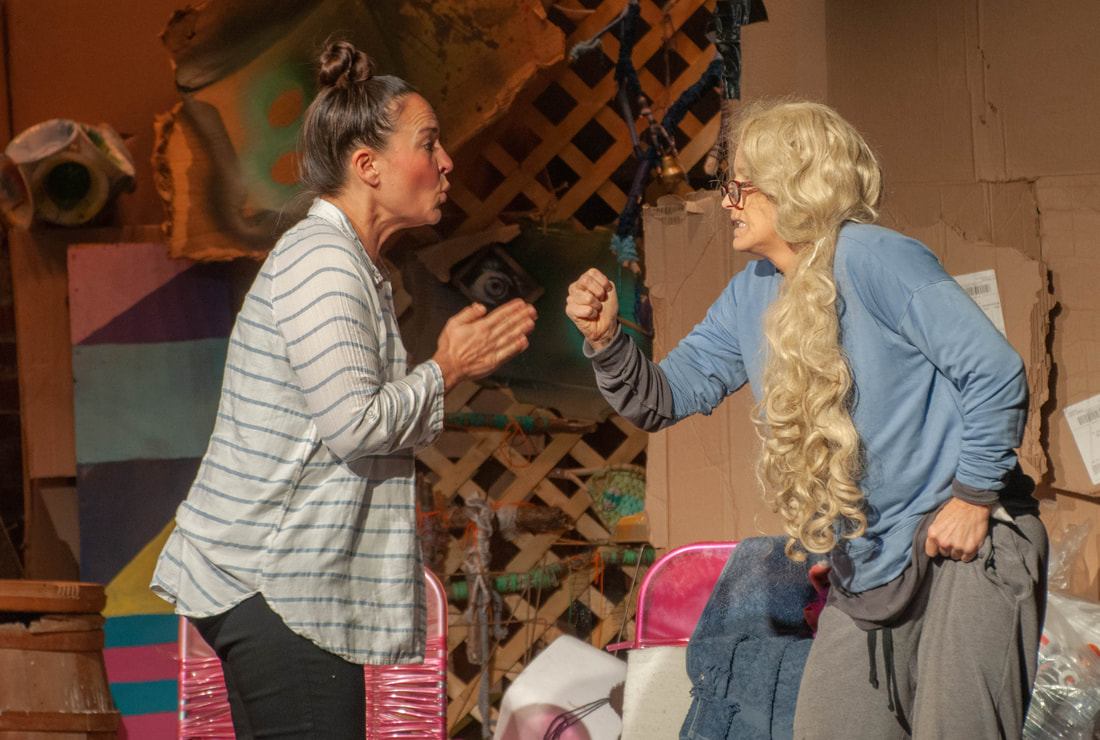 Jess Beveridge and Susan Mendoza
Zoe arrives home for a rare visit and finds her estranged mother Gloria, once a respected sculptress, creating new monuments from discarded objects in her backyard. But new neighbor doesn't like it one bit. He wants it cleaned up right now! Buried deep in the strange statuary lies a trauma that must be recognized if Zoe and Gloria are ever to heal. 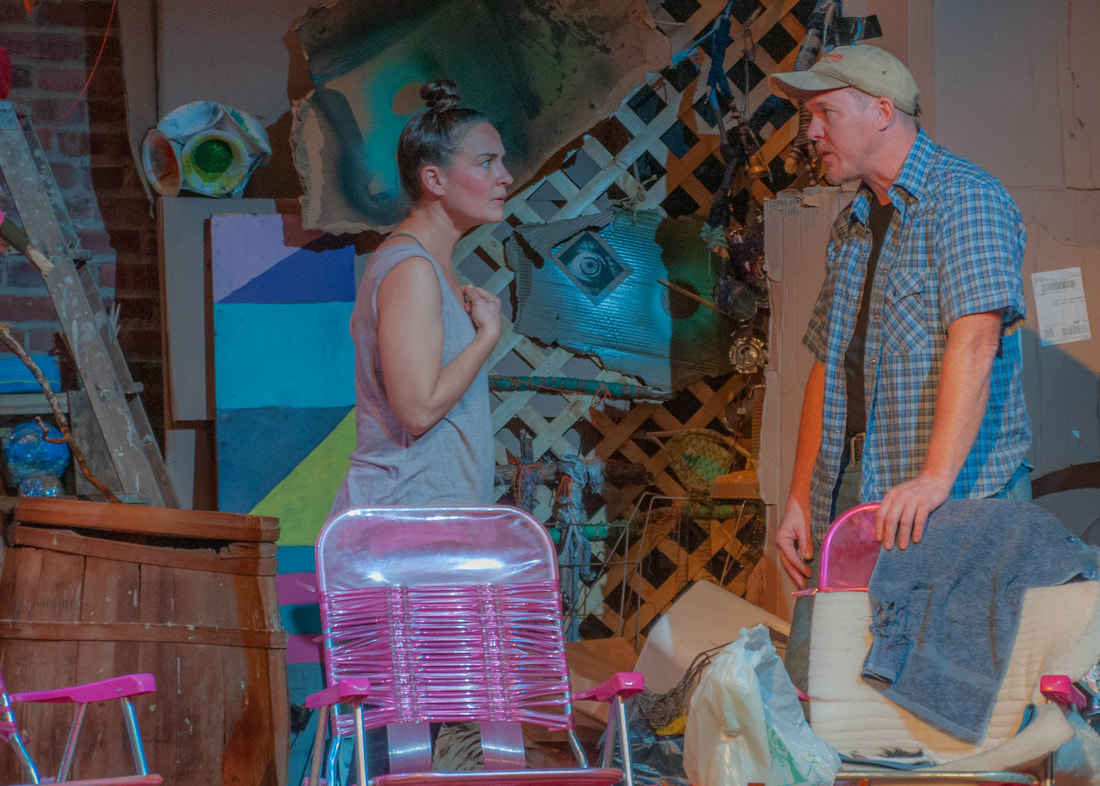 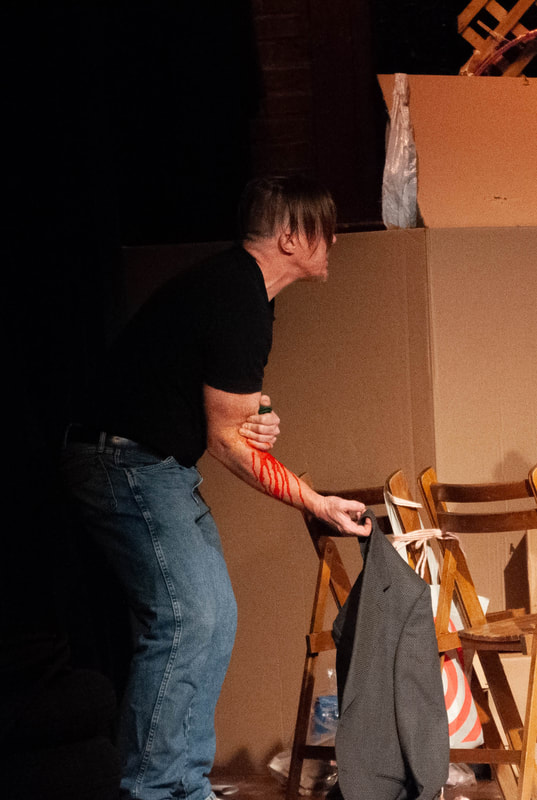 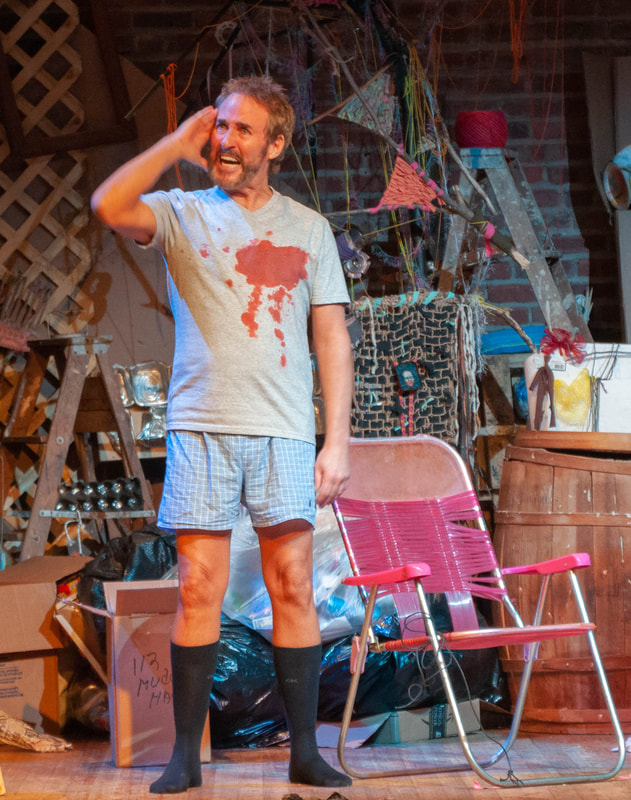 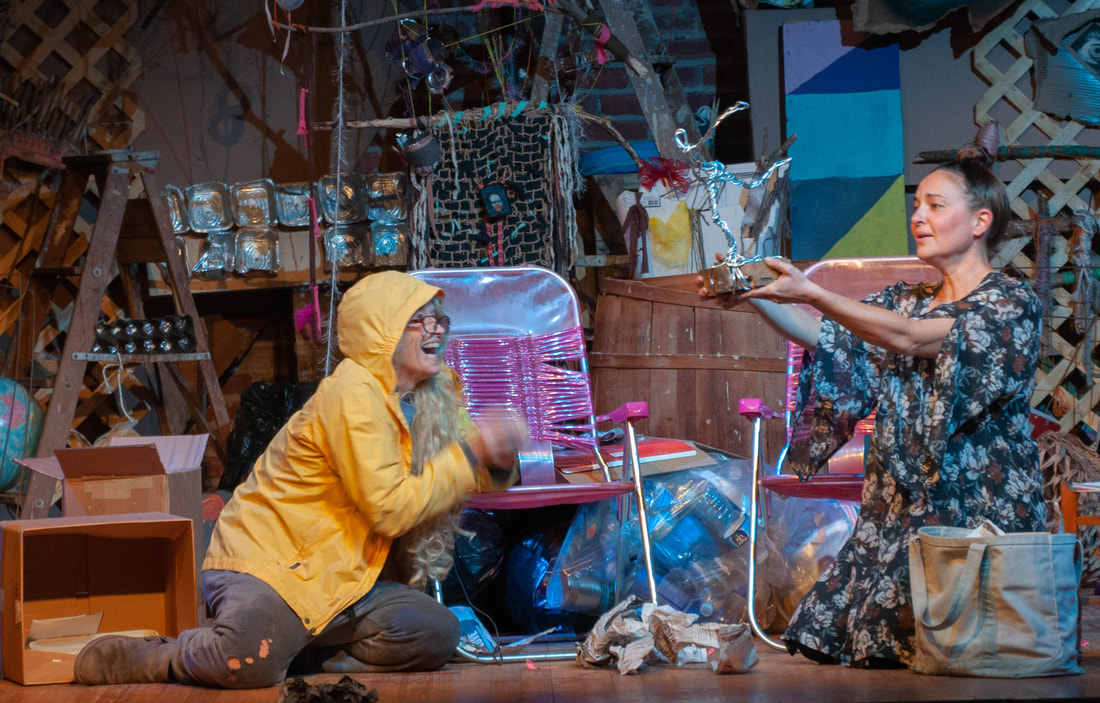 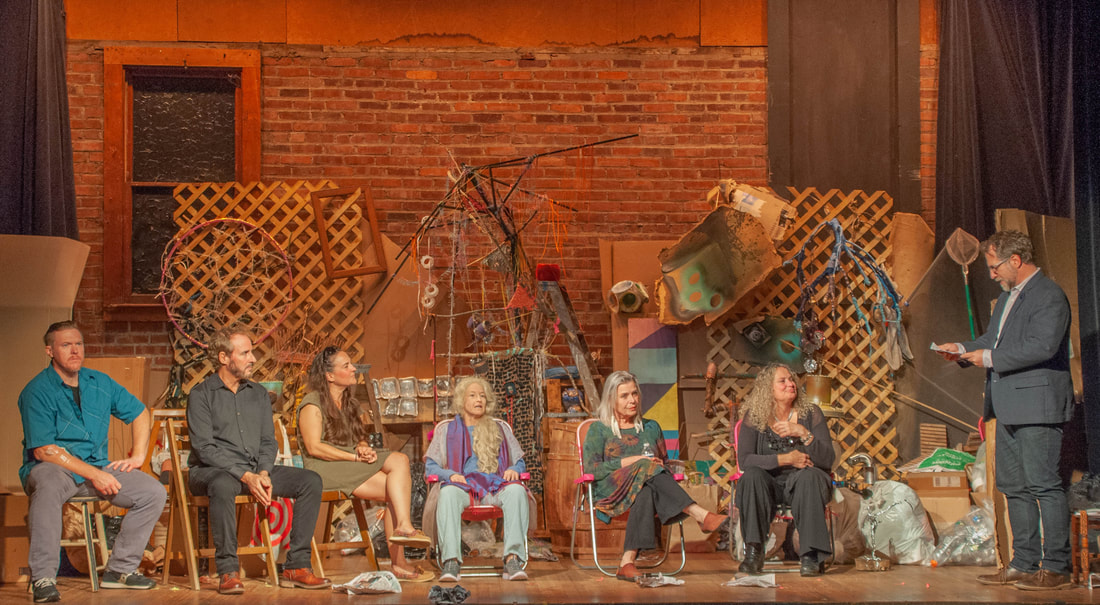 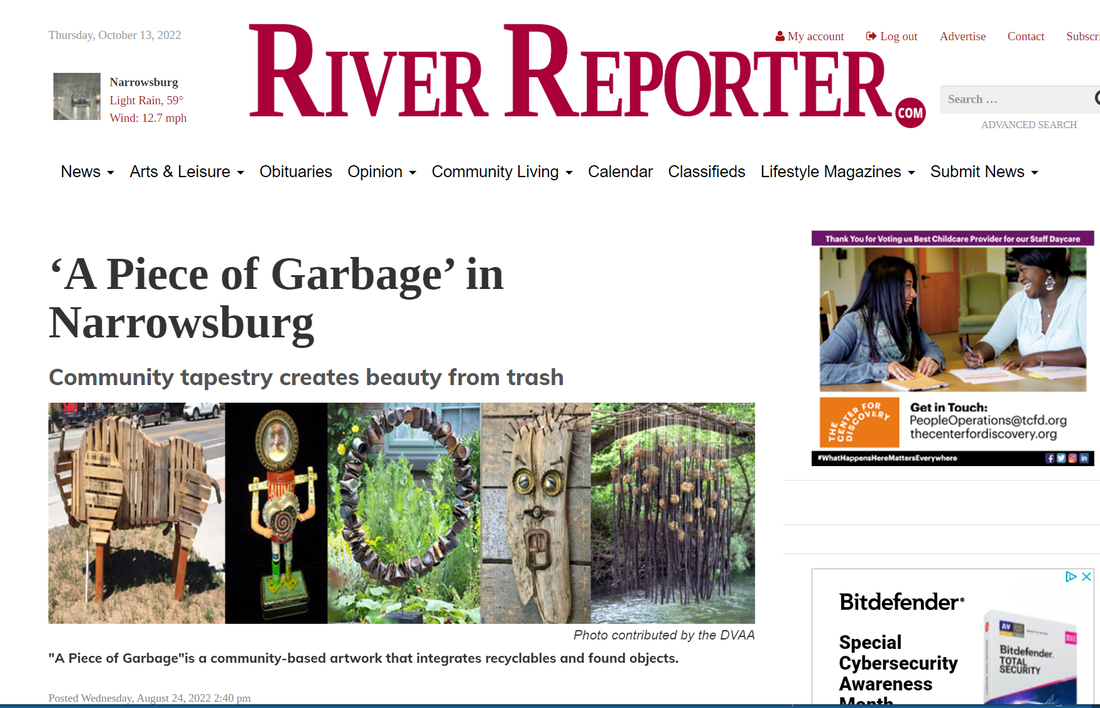 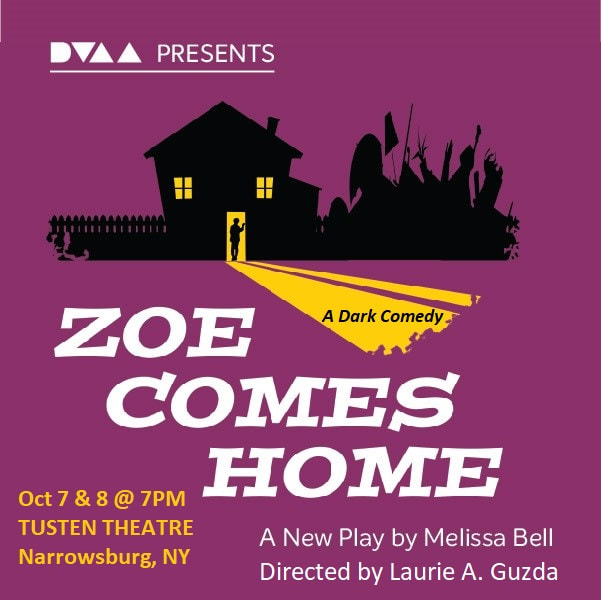